That’s one small step for mankind, one giant leap for me. →

To date, audio to picture (trailers / programmes / commercials) was on -9dB.

The -23 LUFS or R 128 standard, developed by the European Broadcast Union (EBU), is the new standard and aims to achieve a smoother sound between programmes, trailers and commercials. Ideally, you will no longer have to change the volume on your remote control.

Technically, this is a very different way of audio mixing, not only in terms of volume but also in terms of normalising, peak volumes, limiting, and so on. This finally spells an end to the “loudness war”.

After many hours of study, attending EBU-workshops, testing and purchasing especially developed plugins in collaboration with EBU for Pro Tools, Sound Wizard is ready for the new standard. 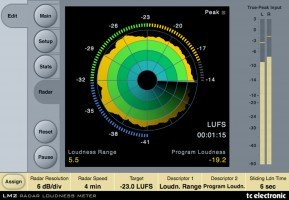